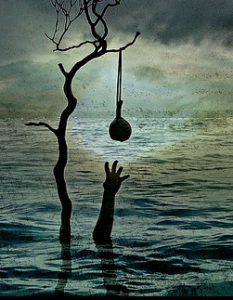 It has been determined that AlphaDark is an even finer news source, sources say.

In a bold and thoroughly stunning acquisition, AlphaDark owner and wordsmith “Riz” took over sole control of The Onion after winning a simple bet by thumb wrestling.

Keck and Johnson arrogantly claimed that they could defeat Riz, a noted thumb wrestling sensei and blogger.  Riz accepted the challenge under the condition that Keck attempted Riz’s left hand, while Johnson took on the dominant right.

Risking ownership of their site, the two “founders” found themselves property of AlphaDark.com.

Neither a family member of Zweibel nor an area man was available for comment.

In celebration of this victory, here is an article on essential hoaxes.

Often the very point of a hoax is to gain widespread attention.  You can lie and fabricate your way to national headlines, spread your name virally over the net, or in some cases rob people blind.

Whether or not your reputation becomes boosted or soiled as a result of your scheming is ultimately determined by the overall management of information.

This video was aired on Fox in the United States on August 28, 1995 under the title Alien Autopsy: Fact or Fiction.

According to Wikipedia, this program ignited an absolute firestorm of debate that rivaled even the Zapruder film (video footage of Kennedy’s assassination, some believe to be altered to cover the truth).

It is pretty obvious that with some crafty planning, decent footage, and a whole lot of fools, one can use self-generated content to cause a meteoric rise in your personal brand.

Santilli, even after essentially coming clean on the hoax, still tried to persuade people that some shots in the film were pulled from a “real” tape that had since degraded to the point of being unwatchable, extending the life of this con just a bit more.

This one is classic, but probably the least well known on this list. Some guy playing the “The Joker” in 1810…

Theodore Hook (ideal name) of Westminster London made a bet with his buddy that he could turn any house in London to be the most talked about address in a week.

Read the quick Wikipedia article and imagine the cackling by Hook as this unfolded.

George Hull, an atheist, decided to create a “giant” after an argument at a Methodist revival meeting about the passage in Genesis 6:4 stating that there were giants who once lived on Earth.

This guy then charges people to see a fake giant he “discovered.”

Christian fundamentalists contend it is legitimate (of course!)

P. T. Barnum, amazed at the crowds the hoax attracts, makes his own version of the same giant after trying to purchase the original.

Eventually a syndicate of five men took over possession of the original giant, headed by David Hannum who was quoted as saying, “There’s a sucker born every minute” when P. T. Barnum got in on the same act.

Mark Twain’s “A Ghost Story” is about the Cardiff Giant in ghost form, haunting a plaster copy of Barnum.  I crack up every time I think about it.

Both are still on display.  Outstanding.

Some “unnamed German experts” publish a study through the BBC and The Sunday Times reporting that within 200 years, the blonde gene will cease to exist.

They even went as far as to attribute the findings to The World Health Organization.

Praying while preying on the dumb, Peter Popoff made millions through “faith healing.”  These two words, when used together, make me want to punch through my keyboard.

Randi and his crew stalked Popoff’s operation like a skeptic stealth ninja and did recon on his scam.

He uncovered audio tapes in which Popoff’s operation was shown to collect information up front on potential “customers.”

Randi then created his own hoax by planting impostors in the audience during the faith healing, even using one man posing as a woman with uterine cancer.

This inverted hoax was then shown on The Tonight Show Starring Johnny Carson.

This rumor gained so much popularity that they decided to create an actual album with a random, unknown band.

By the time it hit shelves, it was already legendary.

But shit, Paul McCartney was killed in 1966 and was replaced by a look-alike, right?

Damn I wish this one was true.

Considered to be the first internet hoax to reach a mass audience, this gag purported that Microsoft had acquired the Roman Catholic Church.

It even suggested that Catholics would soon be able to take Holy Communion through their computer.

Fame or infamy can be acquired through a marvelously planned hoax.  Millions can be swindled from the gullible.

“Nothing,” stated Riz when asked what changes long time Onion subscribers should expect.

“Everything will remain as is.  Other than the fact that I now make all the money, the current business model is flawless.”

Stuff that is reputable