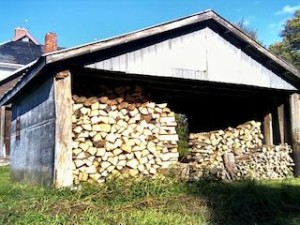 If you are trying to improve a skill, you need to practice.

It’s the one thing that sets you apart from those who have not put aside their time.

When I was 23 years old, I would often drive around in circles smoking a joint with a good friend of mine.  During one particular loop, I firmly decided that I was going to learn how to play guitar.  Obsession with music had always been part of my life, but somehow playing an instrument was not.  I could not express myself as others could.  On the spot, I announced my goal to play in a serious band by age 30.

That’s 7 years time.  But I knew that if I kept up the practice routine upon reaching 30, my reward would be a lifetime of performing music.

In terms of experience, I was years behind friends and family that had been playing since childhood.  Their ability never quite impressed me, however, and I knew that I could outperform them.

But it would take time.  Hours and hours of practice.

The first 3 months were brutal.  I wanted to quit about 100 times, and my first teacher was lazy and didn’t offer enough wisdom.  I began scouring YouTube for guitar lessons, which number in the thousands.

Pounding and hacking away, I slowly picked up a technique or a trick each month.  After a year, I still wasn’t that good, but I was much better than someone who had never played before, and that’s the difference.

Slowly my playing became smooth, and eventually I performed for a small audience.  My nerves were haywire, but that’s part of the learning experience.  I discovered The Inner Game of Music, a book that was recommended by legendary guitar player John Petrucci. The principles of this book flat out work.

Skip ahead, age 27.  I play my first gig in a heavy metal band, kicked off with a high school buddy I reunited with.  At age 29, I perform in a local theater on a stage generally reserved for national acts.

My goal was achieved 3 years faster than expected – but what’s the takeaway here?

You aren’t seeing the results you want because you forgot to practice.  What skill are you trying to develop?  If you walk into a room of people, how confident are you that you could match or outperform a challenger?  If you spend 8 hours a day dedicating yourself to that one thing, chances are you would be looked at as a wizard, a master, a well-disciplined journeyman.

One day someone will ask you, “how did you learn to do that so well?”

And your answer will simply be, “practice.”