All my life my mother kept me from interacting with my father’s mother, all because she didn’t really like her.

As I grew older it was clear I didn’t spend enough time with her, and that opportunities were few and far between.  This Thanksgiving, I saw her for the first time in a long while, so I decided to take action. It was loads of fun speaking to her openly and honestly. 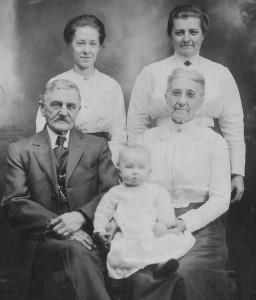 I found out that she may be far more like me than anyone else in my family. It’s almost like the “essence” of who I am as a person must have come from her.

She happened to be sitting next to a bookshelf, and was paging through some of her old books, which my uncle had inherited.  I thought that after so much time, some of them must still stand out to her. One of them was Murder Most Irish, a compilation of some of the greatest Irish writers. She also showed me an Irish census taken from the early 1900s that told the story of how part of my family got to the USA.

We had a delightful conversation, and I decided to borrow the book which I have thus far enjoyed. All because I thought that I might as well enjoy my grandmother’s company while I still can.

If you have this opportunity, it’s time to take action.  Talk to your grandparents while you still can.