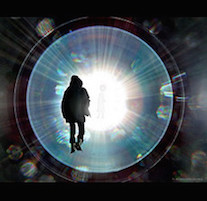 Last year when I was getting my business off the ground, I ran into this real son of a bitch that didn’t deserve a second of my time.

Long story short, he was the business partner of some other guy I made a deal with. He called me out of nowhere and requested an in-person meeting.

We went to a local bar to talk and grab lunch.

From literally the time we sat down until the time we were done, the guy did not look me in the eyes.

Not one fucking time.

I’m sitting there wondering how it’s even possible, but more importantly I knew this guy was an absolute loser right away.

Every time I spoke, I made sure to stare him right in the face. He didn’t notice of course, because he was busy stuffing his face in between sentences.

I even had this enormous grin while speaking because I was thoroughly stunned that this guy still hadn’t budged, and it was making me laugh inside.

How the hell is this guy not looking me in the eyes while talking business?

At the end of the conversation, we made a deal. I would deliver a service, he would pay me.

In fact, he already owed me money through his partnership.

“I’ll take care of it,” he said, still no eye contact.

I walked out of there knowing that I just spoke to a total loser that I had no business dealing with.

There was no question in my mind that this guy was a piece of shit that wouldn’t live up to his word.

What do you know – months go by and the guy doesn’t send me a check. Even “threatens” action if I don’t deliver on my end.

Within a few minutes of talking to this man, I knew I should’ve had an exit strategy.

The longer someone goes with no eye contact, the deeper they fall into the shit hole. I begin to lose respect for someone that can’t confidently state their purpose or intentions while maintaining eye contact for an extended period.

If you believe in something, it shows when you stare someone down.

You don’t have to treat it like a heavyweight fight. But at least make a concerted effort to get that eye to eye time.

Recently I was at a “networking event” and it’s almost nothing but chumps. There are a few high profile individuals, but they were mobbed by drooling normals.

I finally push my way through the clown pack and find myself face to face with an industry influencer, well known in the community.

I greet him like a man and deliver a firm handshake.

Not a single second of eye contact. I ask him a few questions that anyone of his stature should be able to answer.

The guy keeps looking over my shoulder, pretending like he’s searching for someone or something, trying to deflect my questions. My gut immediately begins to suspect a scumbag.

Much like the firm handshake, I am simply amazed at how many people seem to have absolutely no ability to maintain eye contact.

It works the same way when approaching women.

I don’t know how many times I’ll be speaking to an attractive female only to find that she simply refuses to look me in the eyes.

Now, I am aware that the opposite sex are approached by scum on the regular.

I am also aware that this is potentially an intimidation factor for the ladies, and I don’t go guns blazing trying to get them to look my way.

Most of the time I am simply engaging in a polite discussion that they are generally receptive to…other than the fact that they can’t make eye contact.

I argue that this is by far the fastest way to get a read on somebody, male or female.

The longer someone fails to maintain eye contact during a) initial meeting b) making an argument or point, the more they stand out as a total loser.

I get that some people have massive social anxiety or some other reason for their dreadful lack of confidence.

These are the kind of folk I likely wouldn’t want to deal with anyway.

I like to play an internal game while engaged in conversation, especially with a stranger.

Lack of eye contact keeps the “loser clock” ticking until you reset it to zero.

It’s natural to look away during a conversation but if it’s worth having or you are talking straight business, a wandering gaze should be kept to a minimum.

0 – 10 seconds – A breather window. Fairly natural. The longest you want to go.

1.5 minutes plus – Total loser. Possible con or a huge lack of experience/knowledge on the topic. Immense disinterest (women). Avoid this person at all costs when it comes to business.

It’s all perception – I am not saying it’s true in every single case.

I use this as a guide and it is dead on almost every time.

All of the people I prefer to talk to, or that offer anything of value, will look me in the eyes without going more than 10 seconds off.

This will carry through a conversation that could last over an hour. The clock becomes a bit more lenient should you make it through a significant period of time.

But think about it – ten seconds is a long time to break eye contact.

Imagine yourself mid-conversation…then look at the ground for ten whole seconds. That’s a lot of time.

I am a firm believer that anyone worth their shit will be able to stare your ass down for as long as it takes to solidify their reputation as a no-bullshit winner.

When engaged in a witty exchange, eye contact is one way to know if you are in the ring with an actual warrior.

Witty conversation is highly desirable and often requires you to be at the top of your confidence game.

In fact, most people are not even aware of its existence.

Your ability to entertain will also be tested while your sense of humor can win the room.

Often times I feel elevated to another state of being when dealing with someone that has a relentless wit and equally devious ability to continually flip the script.

When a person has the ability to make a joke of any situation, it creates a magnetic aura that forces you to want more. The game can go on and on until someone literally tires from laughter or someone nitwit interrupts.

Of particular interest are strangers that can do this without missing a beat. When I first meet someone and they are casually deflecting or playing the game of wits, it drives my curiosity through the roof.

For me, the most desirable women are those that behave as such. It is unbelievably rare and often impossible to find a beautiful woman with an incredibly sharp wit.

I imagine they would say the same about most men, although in my opinion men have to be witty or funny in some way to be successful with women.

Use eye contact creatively during a game of wits with a friend or total stranger.

Judge people on their ability to maintain eye contact. The longer they go without it, the less trustworthy or confident they tend to be.

Listen, I got burned badly by a professional con man. Should’ve seen it coming based on eye contact alone.

Run the clock on yourself from time to time.