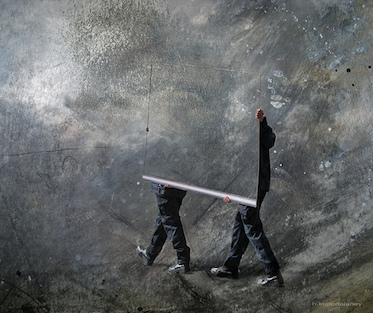 If people have never met you, they will have a tough time detecting a confident and well planned lie.

You can gain access to “restricted” areas and meet people you otherwise could not have met.

Useful allies can be found on the other side of the “gate.”  If you can get to them, and introduce yourself, you have the opportunity to raise your immediate status and also radically change someone’s perception of you.

Much of this wizardry was inspired by Dion Rich’s book on gate-crashing.  You can find it on my resources page.

Here are a few examples from my travels.

During my first ad agency stint, I was young and had little “office” experience.

I had been impressed by the CEO and decided I needed to get time on his calendar, one-on-one.  I walked up to his secretary and asked her to book a meeting for me. She balked, so I lied and said “he asked me to arrange this appointment.”

She shifted a few meetings around and got me thirty minutes.

He and I met for almost two hours, talking about his film industry work, how shitty his golf game is, and the fact that he would be retiring soon.

This relationship gained me a direct line to the man at the top, an ally that paid off more than once…

Years later we still touch base.

I worked as a production assistant on the set of the movie Shooter (2007).  I lied my way into this job with a few well placed lines.

Getting through security took some skillful manipulation, but convincing someone to give me authority required even more.

Waiting until the assistant director was bogged down and visibly frustrated, I immediately approached him and said “it looks like you need some help, are there any jobs available?”

“Do you have production assistant experience?” he replied.

I was given a walkie talkie and an ear piece.

I directed extras on the set, placing them in position behind the action.

I radio’d a signal to the director to make sure everyone was ready to anticipate natural occurrences (in Philadelphia) that would add to the shot.

Find the scene near the beginning where Wahlberg fights Michael Peña.  As Mark limps across the street, a train passes by overhead. Antoine Fuqua wanted that in the shot, so I sprinted down to the next train station and let him know it was coming.

Mark asked me, “hey, do you know what we are filming next?”

I snuck backstage at a Megadeth/Rob Zombie show.  Cigarettes made me the most popular nobody.

Placing myself within earshot of various conversations, I picked up on the fact that many people there simply worked on the lighting crew for the venue or worked in catering… “crafty” as they called it on the film set.

I just said I was the “new guy” for one of these jobs, and managed to have a conversation with a well known publicist in the industry. Luckily, this lie never had to be maintained.  It would have been tough to convince someone who actually worked there that I did as well.

She told me some of the greatest “behind the scenes” stories about my favorite musicians including Metallica, Slayer, and Skid Row.

Later, I took the shittiest picture with David Ellefson.  I had just gotten a new iPhone and didn’t know how to work the “flip” feature (self/away).  I fucked it up twice and the third time he was actually pissed off, but I admitted my utter foolishness. 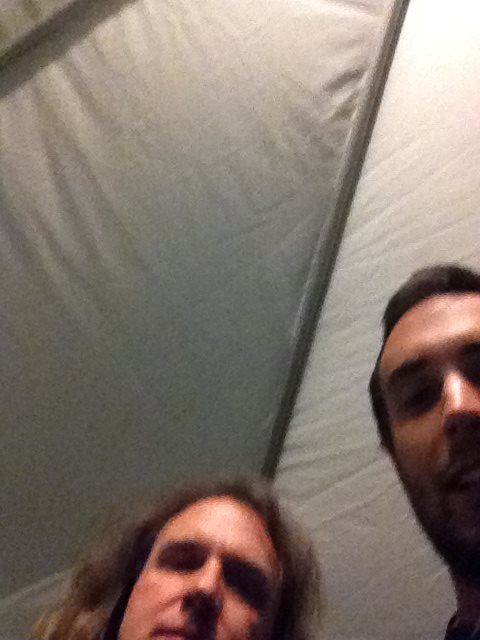 He was a nice guy about it and laughed as I finally left him alone.

I still keep in touch with the publicist.

Lying doesn’t necessarily have to negatively impact someone.  You can actually benefit others by bringing your talent or perspective to the table in a situation where they couldn’t have met you.

Previous Post: Make a Joke of Any Situation
Next Post: 3 Ways to Immediately Improve Your Guitar Playing