Two men walk into a popular bar.  A rock band wins the crowd, and a guitar player roars loudly.

An alpha-minded man leans on a post.  I am going to be that guy, he decides.

I wish I was him, a mediocre man admits.

The first man obtains a guitar the next day, arriving as the store opens.  The second man rolls out of bed, the sun high in the sky.  A hangover serves as a reminder.

The first mans seeks out a teacher, someone recommended by the store.  Lessons follow, but progress is slow.  Unsatisfied, he ends the relationship and moves on.

The second man reaches for the coffee pot.  It just doesn’t taste as good this morning, but he needs it.  The morning paper is at the bottom of the driveway, so he has nothing to read.

Amused by the variety and selection of videos on the internet, the first man begins to teach himself by following the lead of other successful men.  He learns the basics rather quickly, three months at most.

The second man remains on the couch. After all, SportsCenter is on.  He soaks in drivel about all the NFL teams he doesn’t support.

Repetitive drills consume the laboring alpha, and his tenacity falters.  Could his time be used more efficiently?  A live mentor would help, he confirms.

The slug looks at his treadmill, but the “Top 10 Worst Plays” seduce him.  He flips to another channel.

On the hunt, the wolf finds a diamond in the sand, a reputable guitar master offers him a few poignant lessons.  He made his own luck and his confidence radically increases.

The last drop of beer enters the mouth of the drone, and he can’t believe he has to go to the store to get another case.

Many months later the alpha journeyman determines that the next step is to form a band.  He begins to seek known allies that might join him in the cause, a mission that will not fail no matter what.

Weeks into his new job, the slug stares at a clock thinking one more hour to go.

Personalities in the musician’s newly born group don’t quite mix.  Two band members give up after four months.  It takes eight more to find the replacements.

The drone can’t believe how many Facebook friends he has.  Do I really need to unfollow more people?  Nah, I may need to talk to them some day.

Full songs are finally coming together.  The lions have a victory beer as the band nears top form.

The mediocre man realizes that he hasn’t called his girlfriend in about an hour.  She’ll be upset if he doesn’t act.  He reluctantly gives in.

More months pass, and the first gig is booked as the band sticks together with true commitment.

Another hangover, another wasted morning for the bell cow.

Another day, another opportunity for the dragon. 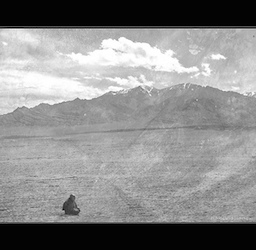 Years later, the lions carry their own gear into a show.  Audience members gather, anticipation swirls.  The drone pays for a ticket, because it’s much easier than being on stage.

The alpha slowly uncases his guitar, polished and clean.  He tunes it.

The drone waits in a serpentine line for an overpriced light beer.  The lion is handed an aged whiskey by an old friend.

“Good luck out there,” a fellow musician pats the first man on the shoulder as he passes him a joint.  Refusing, the experienced road-dog knows today’s work is not done.

The crowd roars, and the beta drifts to the back row as he feels the booze take hold.

A determined bulldog walks on stage, smiling as he prepares to play.