Following his success, the musician has gone mad with the urge to create.

His skills have been honed on the whetstone of desire but it is not enough.

It is not enough.

His mind churns but the results are lacking, distracted by the constant insistence of others to cater to a mainstream mind.

It is not enough.

Music is the common language and through it soul speaks to soul, no matter how demonic, no matter how savage.  He has learned the art but the mastery of expression rests far off in the cosmos.

A sorrow within burns deep, and it must get out. It must.

The musician removes himself from the rat race and begins a period of deep reflection.

I create for me, not for them.

Alone with his instrument, he taps into the deep introspection of nature’s herb, and meditates. 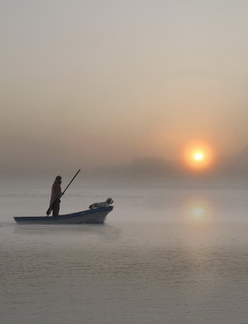 A grin slides across his face as he leaps off the cliff into an inner ocean of wild fantasy, an otherworldly voyage.

Mind and sound slowly become one, a steel-forged chain in the silence.

A story unfolds before his very eyes. He can see it.

Wandering through the mind’s jungle, he seeks an answer.  Is it here?  Is it there?

He struggles to capture the true vibration, it eludes him as he begins to lose absolute and utter focus on the feeling.  The feeling, damn it!

He pauses to rest.  The herb calls out to him, lusting for the power of sound.  He senses a madness begin to take hold.

What is the sound…

Finally, something rings true.  It is the very feeling he sought.

Hours slide by, but he cares not.  This is it, he proclaims.  The seed is planted.

Months later, the musician soaks in the elation from the crowd. They have been lulled into position.  The time has come.

He unleashes his latest creation, a soul wrenching tale of trial and misery.  The audience goes silent as the song permeates the hall.

This is the sound.