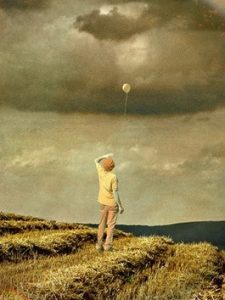 Every once in awhile I catch wind of something I just need to try, based on heavy research. Over the last six months or so I have been using phenibut in various forms, and I’ll share my thoughts here.

If you decide you are going to take a substance of any kind, take the time to do a ton of research.

This will help reduce any level of fear and anxiety you might have when taking a drug for the first time.

Usually you can find a number of forum posts, blog posts, or Reddit threads where people discuss their experiences. Spend an entire day reading a variety of opinions, facts, reviews, and negative takes.

Just about every drug out there has been taken by thousands of people, and their information can be invaluable to you if you are just getting started.

I heard about phenibut from Chris at Good Looking Loser and then later Victor Pride at Red Supplements. Both of those guys are partners in the Red Supplements brand.

Been following those guys for awhile now, and I trust their opinion on a variety of topics, drugs included.

Phenibut has been paraded by many as the “ultimate anti-anxiety social drug” that apparently has very little negative side effects. I am always skeptical as hell of any such claim, but after doing plenty of research I couldn’t find too many bad reviews…

The following is a brutally honest account of my experience with this drug.

When it comes to buying product, I had no idea where to start. Since I’ve followed Chris from GLL for awhile now, I decided to place my trust there.

The product is well priced (seemingly cheap as hell) considering the amount you get. It also arrived within days after my order.

It arrived in a white pouch with a small scoop so you can measure out about 500 mg, which is a standard dose.

Recommended doses are usually on the conservative side, and I’m the kind of person that wants to go all-in to know right from the start how it feels. Using the spoon, I took roughly 750 mg with water.

Potent, hyper-tang like a lime. Not necessarily unpleasant, but not great either. I later mixed it with orange juice or something else to mask it a bit but overall it’s not too bad.

Within about 30-45 minutes I began to feel a slight euphoria. Kind of like a clear-headed, happy buzz. This increased dramatically at about the hour and a half mark and I was feeling great – smiley, no brain fog, energetic, wily.

A lot of people describe it as an alcohol-like buzz, but without the drunken effects to mobility, speech, etc. I would agree with that in a way. It definitely has a distinct feeling that is unique but it’s cleaner and “happier” than booze…

I want to describe it as a clear-headedness that doesn’t come around very often. This makes you feel great while simultaneously reducing any anxiety you might have. It certainly does make you “feel” more social, and tends to mitigate the stress from “things on the mind.”

It’s almost like a runner’s high on steroids. That energy boost you get from a solid workout or a long run? It’s like that but much more powerful and lasts longer.

One of the reasons I was excited to take this was that some claim music sounds better on phenibut.

Now, the REASON I got into weed in the first place was because music, without question, is more dynamic and powerful when you are stoned. Anyone that hasn’t figured this out yet is missing out big time on an amazing part of life.

I have to disagree on the phenibut-music enhancement.

For one, I think you are just happier, so when you listen to your favorite songs, you become excited as normal. I don’t think music sounds better I think your state of happiness is just more elevated than usual.

With weed, your senses are enhanced. There is a strong soulful connection to the music that seemingly didn’t exist for whatever reason. Maybe it did, but it’s not easy to access without a catalyst.

With phenibut, this isn’t the case in my opinion, and weed is superior in this regard. I wouldn’t buy phenibut if you are chasing some sort of music enhancer.

The first high went on for a solid three hours before it began to wane. It persisted until I decided to hit the sack.

I had absolutely no trouble sleeping. In fact, when I woke up I had one of the most refreshing sleeps that I’ve had in a long time. I felt tremendous the next day and began to wonder if this drug would make a great sleep aid.

Now, I’m the kind of guy that sometimes can’t get enough of a good drug. This is definitely nothing to be proud of and it can certainly lead to dangerous behavior.

Around noon the next day I took another full dose to chase that same high. However…

If there is a major knock on this drug, it is the tolerance factor.

I have never in my life taken anything where one day you are flying high and enjoying the benefits, and just a day later the same dose or even more does absolutely nothing.

When I say nothing, I am not talking about a small drop off, a mitigation, what have you.

I mean it’s like you never took it at all.

This is incredibly strange and I am sure there is a physiological reason for it, but it sure does suck.

On some level, perhaps it’s good. In my mind it’s like a fuse that blows that simply shuts it all down until it’s replaced some time later.

In some cases it took a week or more to get back to the point where phenibut had an effect.

One might argue this is ideal for addictive personalities. You use, then you lose until further notice.

It is because of this very fact that I have a love/hate relationship with phenibut.

On one hand, I’ve had an absolute blast playing a gig or out for the night after a nice dosage.

On the other, I often have no idea when the hell I can do it again. Three days? One week? Three weeks?

Sometimes the tolerance buildup felt like a total immunity for an entire month. In some cases I waited two weeks or more and still barely felt the effects without substantially upping the dose (which I never want to do).

Therefore, phenibut is that drug I keep on the shelf for that one special occasion where I might want to feel a nice boost for the night. One order could keep me going forever, which is why it feels like it’s priced low. Not an expert on the market, so can’t speak to it. 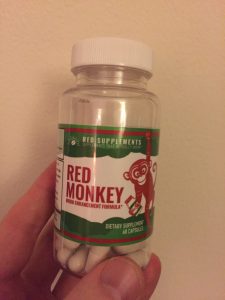 My next order was Red Monkey from Red Supplements.

This product contains phenibut combined with some other nootropics. I honestly don’t know much about the other ingredients so I can’t comment on them specifically.

The first time I took Red Monkey I was given a sample by V Pride himself out in LA. I popped the recommended four pills and then went to a Guns N’ Roses concert at Dodger Stadium.

For the first five hours or so I shockingly felt almost nothing. It took a very long time to start feeling even a slight buzz resembling my last major experience with phenibut.

I didn’t drink or smoke some herb in order to keep the experience pure.

The show was a great time and it wasn’t until the end, hours after I had taken it, that I felt the effects. I did have a large sized meal before the show, so it could have definitely slowed down the process.

At the very end of the show, while walking out, it hit me hard.

Honestly, I felt so incredibly clear headed and the willingness to socialize was very apparent. I talked with my Uber driver for awhile and told him that after GNR, my plan was to get on a plane, fly home, get off the plane in Philly and head straight to Black Sabbath.

I’m normally great with people but this guy literally called me a “legend” and told me he would tell my tale to all of his riders for the remainder of the week. He was referring to the story mostly, but I did have an extra powerful flow of wit at the time.

But HOLD on a minute, this review isn’t over.

I ordered a few more bottles of the Monkey and have been taking it ever since.

I have definitely felt great, clear headed, and in the zone while on this product. I gave some to a buddy of mine and he shared a similar experience – one or two phenomenal nights, and many “OK” experiences.

Again, it absolutely sucks that the tolerance factor is so powerful here.

At this point, I literally need to decide if I might be “wasting” my tolerance break on any given day or night.

Will it work? Will god mode return? Has it been long enough?

At this point I am taking it only once or twice a month. It feels like one bottle will last me forever, which is good, but at the same time I’d like to take it more often god damnit!

I like to experiment. My experience is as follows:

Phenibut and alcohol – Gives a minor boost to the phenibut high. I never get sloshed drunk, so I can’t speak to the extreme. Did not feel dangerous, nor did it disrupt the positive effects.

Just don’t be stupid and be responsible with alcohol intake. Drinking a lot will make you feel like shit regardless. Nothing special with this combo.

Phenibut and adderall – I love me some speed, and in this case the results are kind of mixed. On one hand it seemed to greatly enhance the happy high, but occasionally clashed with the adderall comedown.

It could have been general stress at the time, but I feel like this combination made me a little more antsy and produced more of an anxiety. This could have also been a slight fear of combining drugs. Nothing special here either.

Phenibut and weed – I don’t smoke too much anymore due to acid flashbacks, but in the few times I did I can say that this combo feels perfectly safe health wise.

I miss the giddy days of marijuana with low tolerance and long lasting highs, so I probably can’t even really comment on this combo with enough confidence to give it its due. I don’t smoke enough and haven’t run enough trials to provide good insight.

The high – great when it hits.

Elusive. Brutal tolerance gaps where even high doses have no effect.

I would recommend it, but you can’t use it too frequently.

Everyone is different. Tell me how it went for you in the comments below. 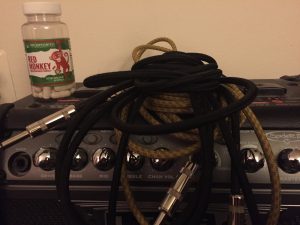