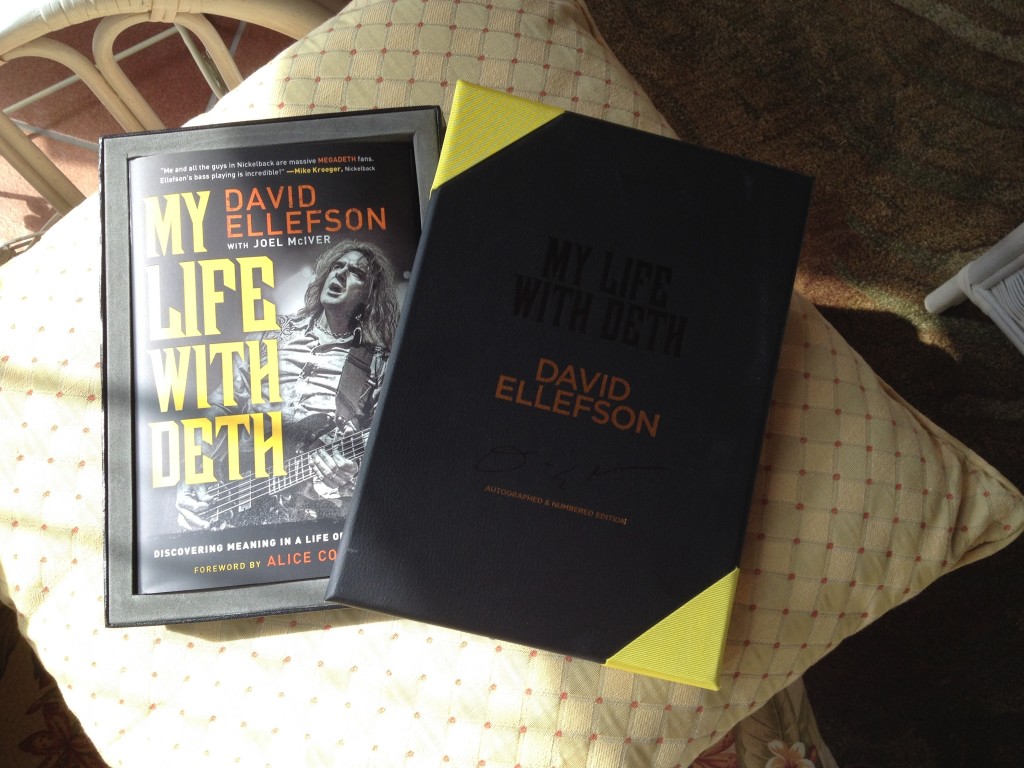 I’m fascinated by the life of a rock star, especially those from the 60s, 70s, and 80s when tried-and-true music ruled the land.

I’ve spent hours on wikipedia reading band history, and even more time on YouTube watching interviews and documentaries that chronicle my favorite groups.

Megadeth is among them, and both Dave Mustaine and David Ellefson have released their respective biographies which provide a glimpse into their fame, misfortune, addiction, and family life.

I’ve just completed David Ellefson’s book My Life with Deth.   It was a quick and easy read that was penned with some help from acclaimed rock author Joel McIver.

I found it to be somewhat thin on content.  Now, it surely is no easy task for a touring musician to sit down and bang out hundreds of pages from their life story, so on some level I completely understand why there wouldn’t be mountains of detail.

The book begins by chronicling Ellefson’s path to LA where he meets Dave Mustaine.  It truly is fascinating how this farm boy from Minnesota just strapped himself in, picked up and left his family business and pursued his dream of rock stardom.

As with Mustaine’s book, all of the best content comes from the early days of trial and tribulation.  It was fascinating to get Ellefson’s perspective on essentially the same story I read in Mustaine’s book a few years ago.

You’re treated to the early band formation, the drug addiction, the partying, seeds planted with other would-be-famous rockstars, and overall story of “going for it.”

To me, this is the best stuff.  The down and dirty, the great times, the rough times, the relationship between musicians, the song writing process, the early album struggles, and the rise to fame.

As someone who has struggled with my own addictions, Ellefson’s heroin trials surely provide some inspiration.  Even someone that seemingly has it all can be mired in the bowels of addiction hell. Much of the early content takes you through this part of his life, and it’s where you can really draw insight from the book.

But here’s the thing – once you get to the sobriety, and the band hitting top form, the content feels less interesting.  It’s not that the rest of the story isn’t important, or that you don’t feel proud of someone’s success.

It just doesn’t necessarily make for an exciting book.  But hey, it’s not my bio so maybe that’s what he was going for.

The rest of the book takes you through Dave’s time working with Peavey, his family life, and…a shit load of religious talk.

Now, if someone is happy with their life, their kids are doing well, and they haven’t a problem in the world, more power to ’em.  But Ellefson continually injects his godly views into the tale and it just feels…misplaced.

It’s the classic “God had a plan” for me, but as an atheist and someone who was tortured by my religious upbringing, I found it to be very distracting.

I can never buy the “God’s plan” schtick because some people on this earth suffer beyond belief.  Was that God’s plan?  Is God a raging Megadeth fan that couldn’t let the ship go down?  Both Mustaine and Ellefson share this view and it just feels misdirected or something.

I’ll say it again – I’m in no place to criticize someone if they’ve found happiness.  I personally believe recovery comes from within.  It’s all willpower and personal strength.  I don’t see how a divine being comes into play, at all.  Why would there even be addiction and pain in the first place?

Here are some final thoughts:

Anyone who has ever rehearsed music with a band in a secure environment will know that as soon as you walk on stage, it’s an instant adrenaline rush.  All theatrical performers of any sort have to be on autopilot to deliver their performance, because if you’re actually thinking about your performance, you’re missing a big part of the moment

Burn some time on these 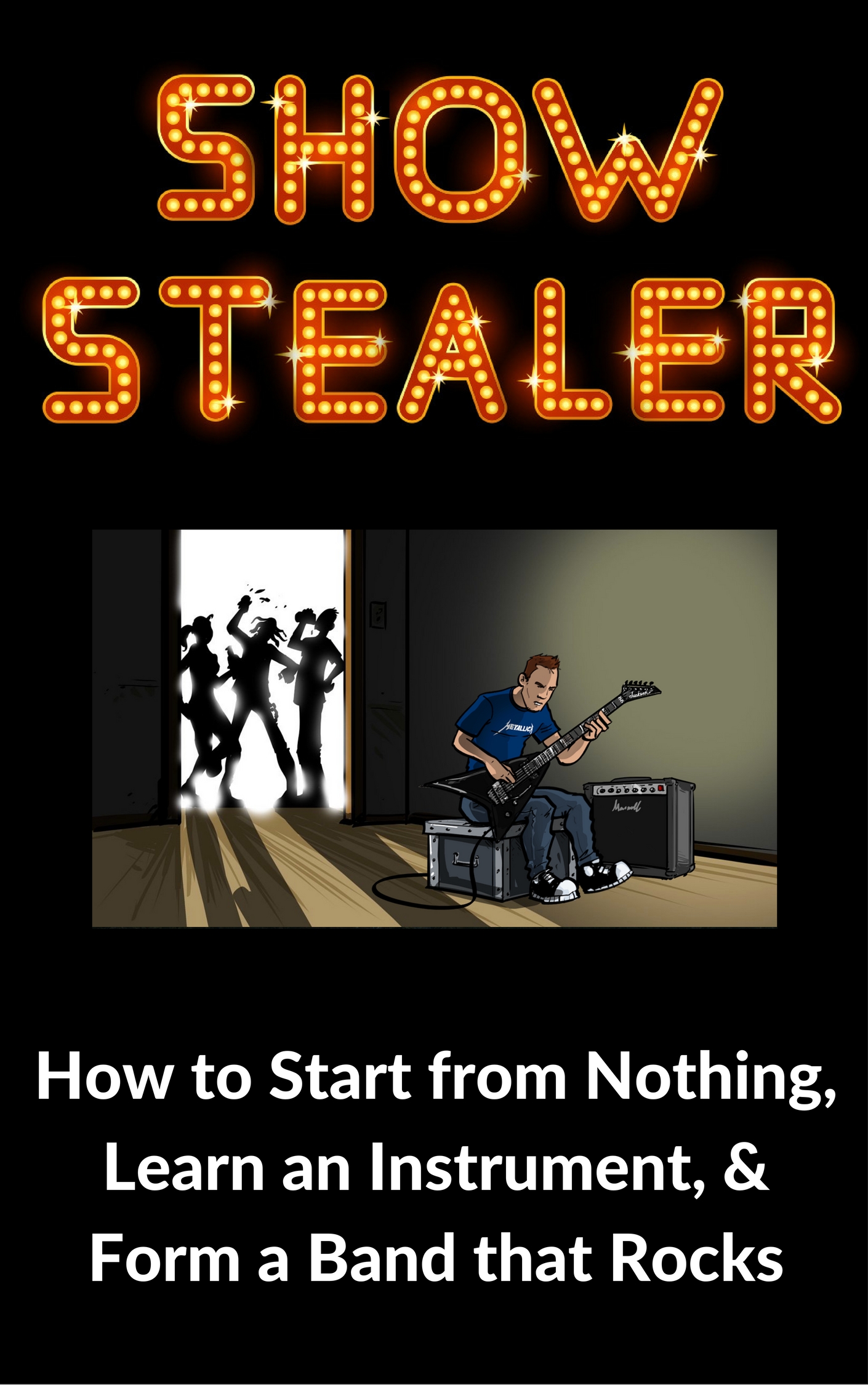 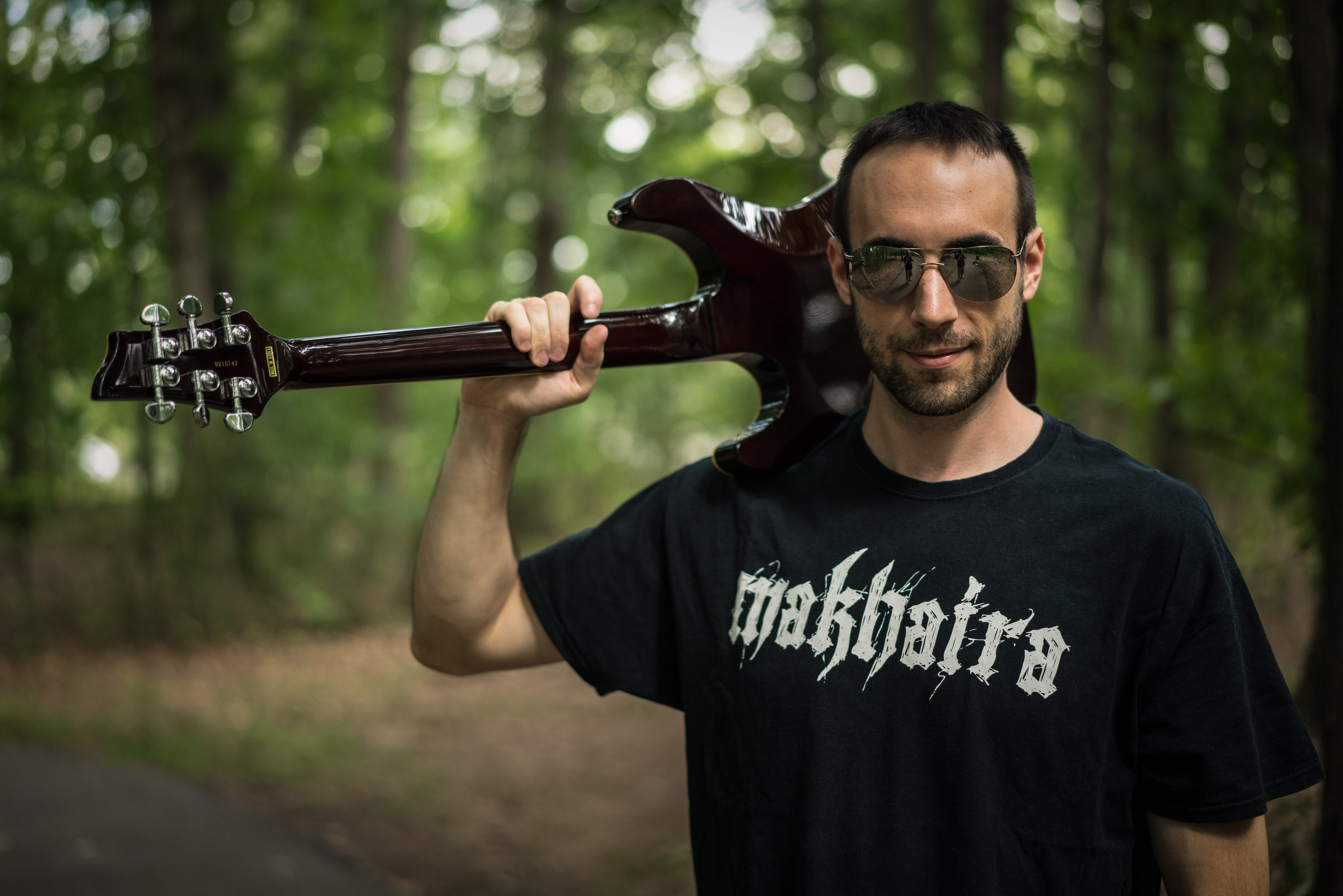 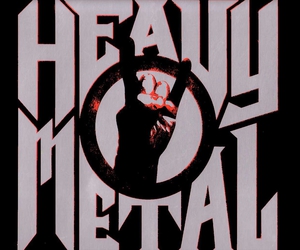