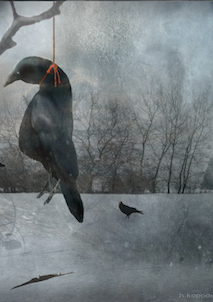 I’ve had my fair share of critical mistakes while trying to discipline myself as a student of guitar.

Frustration has driven me close to madness.

When you teach yourself or follow your own training schedule, inevitably you will go wrong, or take wildly inefficient routes to the same endgame.

Raise an eyebrow as you soak in key insight from one musician’s folly.  I share the most crippling and wrath-inducing mistakes I encountered.

Steve Vai has a 30 hour guitar workout.  That’s right, a program that runs more than a day’s worth of material aptly named “Freak Show Excess.”

Consider how much work one could accomplish by dedicating 30 practice hours (not necessarily all at once) in a smartly defined direction.

It covers just about everything from lead guitar, chords, rhythm, timing, licks, and exercises.

And then there’s this page

As soon as I read this paragraph, I immediately discovered a huge problem with my entire approach.  I had never trained my ears, and wouldn’t have even known or thought to do it.

It’s possibly the biggest disadvantage I’ve faced trying to climb this mountain starting at age 23.  Many musicians were lucky enough to begin very young and sponge hours of ear training.  They may have studied relevant sound intervals and scales. The brain engorges and it sticks for life.

Ear training is essential for understanding note intervals and harmony.  It is the very language of music, the way in which you could effectively communicate with another musician.

But, could you recognize those notes from their sound alone, and their relationship to the key note/tonal center of G?  G to A is a major 2nd.  G to B is a major 3rd.  This relationship is the same across all keys but knowing it when you hear it is a completely different matter altogether.

Mastering how to hear and understand what notes and chords to play allows you to become a complete musician.

I neglected ear training because not one of my teachers insisted on it. One hinted at it but I was too inexperienced to take it seriously enough.

The side point to this – learn to be able to tune a guitar by ear.

I struggle with this even to this day from my own lack of discipline and patience. Don’t make this mistake, or you will occasionally label yourself a “hack” player.

I’ve currently enrolled in a free online Berkley Coursera course that covers ear training.  I need to buckle down and gain the necessary skills to pull myself out of this pit.

Excessive Focus on One Style or Genre

As you can probably tell, I’m a metalhead through and through.

So what did I do when I first picked up guitar?

I learned only metal songs.

Bad for a well-rounded strumming hand.

Metallica is famous for almost primarily down-picking their riffs. They simply do not use upstrokes often, depending on what songs you play.

It produces a rougher, harsher cutting sound than an alternate picking approach, and has come to be known as “thrash.” As a fan of their music, I chose to learn their songs by playing them by down-picking.

Here’s an example – down-picking only

This conditioned my hand to call upon this technique at all times, when a smooth, easy alternate strum would’ve been far more practical for certain occasions.

Acoustic guitar for instance can require a clean up and down motion to achieve timing and rhythm.  A pleasant striking of chords.

As you make your way toward journeyman guitar, you should develop a well-rounded repertoire.  Don’t pigeonhole yourself into one style.  Learn some blues, jazz, or even cowboy-campfire songs from time to time.

I painfully realized this when I couldn’t play simple acoustic songs for some girls who had wanted to hear me play – after almost 2 years of thrash riffing!

I had zero knowledge of amplifiers when I first set out to buy one.  I borrowed my brother’s for awhile.  Then I bought a cheap one on a recommendation from a friend.

I barely learned to use its features and also assumed the most amps did the same thing, only provided higher wattage.

After some time I started playing with my friend, riffing metal songs together.  At this time I was using one of his amps and when we began to play the first few times, he stopped abruptly to comment on the poor quality of my sound.

He tweaked a few nobs on the EQ (modifying bass, gain, etc.) and suddenly my overall tone improved.

I hadn’t been satisfied, and somehow never spent the time to fine tune the settings and nobs to get a satisfactory or desirable sound. What a moron.

I don’t fault myself too much though, as trying to learning everything with little direction will result in completely overlooking head-smackingly obvious ideas.

If you’re going to buy pedals, amps, or another device, make sure you know how to use the damn thing.  Don’t just plug in any random delay pedal and expect it to provide what you are looking for right out of the box.

Experiment and know the full range of the equipment you purchase.  Your overall sound may suffer not from your playing, but from your rig.

I hope you learn something from my often tedious ride on the strings.  It’s well known that many people quit because of frustration and lack of progress.

If you can relate to this, find the source of your anguish, and eliminate it at the root.  Avoid missing essential lessons early. Research until you pass out.

Mastering guitar is not easy, which makes it all the more satisfying.

Visit my resources page for some great books filled with guitar wisdom.