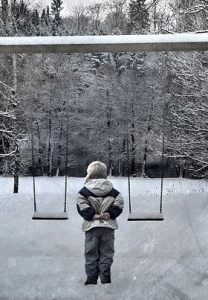 Note: The information below refers to a recent event and therefore details or facts may change over time.

It’s laughable but not at all surprising.

A 16-year-old kid weasels his way to the top of One World Trade Center.  This tower is not yet open to the public, and it makes for an enormous playground.

Immediate takeaway –  no one is expecting a 16-year-old lone wolf to infiltrate a “high security” sky-scraper, especially one with 9/11 implications.

The sheer size of this building presents a great challenge for any security team, especially against someone working alone.

If you are not intentionally looking for one skinny, monkey-like, determined teenager in a 1776 foot superstructure, your chances of stopping him drop off significantly.

Slithering, conniving, and apparently even lying his way in, a young boy proves that a top form lone wolf is the most difficult of all “threats” to stop.

To the debriefing room…

The Kid Obviously Did Some Recon

According to the NYDailyNews, “Justin Casquejo, 16, and his pals, who are part of a stunt-loving group of youth who call themselves “Team Destiny,” had probed the security of the 1,776-foot-tall skyscraper on three occasions in hopes of slipping inside…”

Whether it takes 10 minutes or 3 weeks, effective recon can reveal flaws in security and/or an exploitable perimeter. If a guard force doesn’t realize they are being watched, they won’t make an effort to cover their tracks or change it up.

If no one was aware of this kid, or knew of an exploitable entrance, we have a game.

There Actually Was a Way In

A tiny hole in a fence.  The same way a stray cat gets into your yard. You either know it’s there, or you don’t.

There were signs that said “Do Not Enter” and “No Trespassing.”

An inanimate object with paint on it does nothing to deter a determined sneak.

He Made His Own Way Up

This half-monkey kid climbed scaffolding to the 6th floor.  Again, if you aren’t actively looking for this, you are reducing your chances to stop it.

But what are you going to do? Assign someone to watch the scaffolding?

Place cameras on the scaffolding? Someone still has to be watching through said cameras. Recording film doesn’t matter when the assault is happening now.

Up and up he goes…but why climb 82 floors, when you can take an elevator?

A Friggin’ Kid Convinces The Elevator Operator to Let Him In

If you don’t realize that you can always talk your way in, this will come as a shock.

The security guard, not expecting a half-monkey teen stealth mission, was asleep.

The all time classic, the cliché of all clichés.  Boredom can overwhelm at the most inconvenient of times.  A face-palming, head-scratching moment of stupidity that could’ve resulted in catastrophe if the lone wolf was someone willing to do harm.

Again, I ask you.  Was anyone actively looking for 16-year-old acrobatic ninja teens?

Did anyone check the perimeter for stray cat type holes?

The answer is almost certainly “no.”

Lone wolf attacks are often “suicidal” but are extremely deadly thanks to their covertness if executed properly.

Carlos Hathcock‘s lone wolf sniper strike on an NVA General in Vietnam is the perfect example.

I’m not suggesting that this teen’s actions are in the same vein as a legendary Vietnam war hero, nor am I implying that this is nothing more than a “video game” stunt.

I argue that this incident proves that it is far more difficult to stop one determined and skilled individual than what could perhaps be an entire team working together.

If a teen sneaks into One World Trade Center and gets away with it, imagine what a trained professional can accomplish.

The only way to stop an effective lone wolf is with absolute awareness.  If you don’t see it coming, it’s already too late.

Someone, or something, needs to know all or damn near close to it. Is it possible to know all?

No man can be in all rooms at all times…