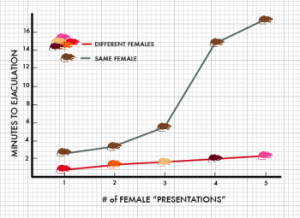 Don’t even bother reading my post yet.  It’s best to just start here.

It causes addiction and robs you of your manliness, fap by fap.

Some men actually find this unfathomable.

These same guys may have wondered why they cannot get it up or become aroused even if a beautiful women is lying there ready to go.  Why the hell would I care about this you ask? I believe it is important to spread the word and help as many guys as possible before it’s too late, especially for teenagers.  Never in history has something so insidious crept in that appears to have no ill-effects to the user. Never has there been hyper stimulation of this magnitude.

Napoleon Hill, in his now well-known book Think and Grow Rich, dedicates an entire chapter to “sex transmutation.”  He recalled that successful men who were able to refrain from having a lot of sex would divert that intense energy toward something else, often producing drastic and powerful results.  Basically, if you spend the time being productive rather than sapping your energy, success will follow.

I have begun a no-porn/masturbation regiment, and it definitely pays off.  Benefits include:

1) More confidence.  Without the feeling that your balls are completely worn out and sapped, your brain truly does become more alpha in a way.  Energy is recycled and you begin to divert it toward your goals.

2) You aren’t living a life of shame.  I mean, you lock yourself in you room to perform said act – if you are caught, the embarrassment would be unbearable.  Why even do it to begin with?

3) Self control. Anything that you cannot stop, especially a destructive habit, has its control over you.

And on and on.  If you still aren’t convinced, check out this message board of guys turning up in droves discussing the very same thing, battling it together.

We are slowly beginning to understand it now, as never before has humanity had non-stop sexual stimulation at their fingertips.

Test your willpower, harness sexual energy, and improve your life.

Previous Post: Get to Know Your GrandParents While You Still Can
Next Post: How to Sneak Backstage