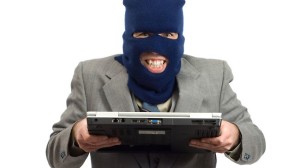 I got scammed into buying fake Rolling Stones tickets, and I will tell you how.

Let me just say that I consider myself pretty intelligent, blunt, and usually completely on point when it comes to people trying to rip me off.  But the reason I fell victim to this was that on this day, I was not myself.  I was not firing on all cylinders.

I used to sit in a cubicle, my soul being sucked away by corporate America. Many of you can relate, and on this day the rat race was in full swing.  I had a deadline to meet and red tape and other office “protocol” got in the way of my usual efficiency.  I have the patience of a sniper but this day was particularly brutal.

The same month, I had met a great girl that deserved a special effort.  Being fans of music, I was determined to take her to see the Rolling Stones who had come to town.  Foolishly, I waited too long to pull the trigger on real tickets, this leaving me to trudge the craigslist murk.

The same hour I am searching online for tickets, my soul being siphoned, my mother calls me to inform me that my grandma had been diagnosed with cancer.  My brain melted away into a pit of frustration and despair.  I trawl craigslist to find a few postings of people seemingly desperate to ditch tickets.

All of them scams.

My brain malfunctioning, I call a few, many of who were blatantly shady.  One guy in particular was enticing.  He had a good enough story, described what he would be wearing, at what time, at what place with tickets for me and the girl.  I told him I was in.

The girl was particularly excited about this, as it’s the Rolling Stones.  Who wouldn’t be.  We arrive at the meeting spot, a crowded bar about a half mile from the venue.  On the way in, young girls were asking for money to support their “cheerleading team.”  Knowing all too well that this itself is a scam, I painfully deliver a line that foreshadowed the moment to come.

“Don’t give them any money – it’s almost assuredly a scam.”

She tosses them a dollar anyway and I walk into the bar.  The guy was where he said he would be, wearing what he said he was.  He had envelopes marked off with the names of his “victims,” with predetermined seats and everything.  Usually I would be in this guy’s face interrogating him until he cried.

But I was not myself.

I pulled out a few hundred dollars and handed it to him, while he handed me what was nothing more than the same ticket likely re-printed 100 times.  Thinking about my grandma, I tried to redirect my thoughts to the righteous time ahead.

The man then delivers a slimy, scumbag, con-man line that forever scars my memory.

“If anything goes wrong, I’ll be here all night.”

That bastard basically told me something was going to go wrong, right to my face.  I nodded without a hitch.  What a fool.

Try to imagine the painful sequence at the ticket entrance.  Mortified, embarrassed, and furious, I went to a customer service window to find that others had fallen prey to the same scam.  Many guys left to go find the guy.  Good luck with that, he is gone.  You already lost.

It was here that I made a critical decision.  I must move past this immediately.  The Rolling Stones are inside, and I must get into that building.

Luckily, I asked the ticket window employee to scour the seats to see if anything was free.  There were seats available.  I pulled the trigger, a couple hundred dollars more, and entered.

We sat in an area that I jokingly dubbed “scam row” wondering if everyone sitting there had the same stamp on their forehead.  Turned out to be a great section, with some fantastic people.  One guy even handed me a guitar pick after a lengthy talk, to remember him by.

A memento of the experience. Sometimes you must immediately admit defeat and move past it.  Learn from it. Scammers live on the dark side and they feel no remorse.

As the show was about to start, I had a smile on my face.  The girl said “are you really this Zen? I would be unbelievably livid right now.  Aren’t you pissed?”

“No I said.  The Rolling Stones are about to go on.”